skip to main | skip to sidebar

An artful video by Jonathan Yentch that stimulates memories transporting you into the world being shared.
Posted by Robert Shapiro at 10:04 PM No comments:

Minor Changes on My Blogs

Laws have changed in the European Union that have to do with some elements on my blogs, so I’ve removed those elements to comply. I hope these removals haven’t inconvenienced you. Do know that I welcome you all to read these blogs. Goodlife
Posted by Robert Shapiro at 10:03 PM No comments: 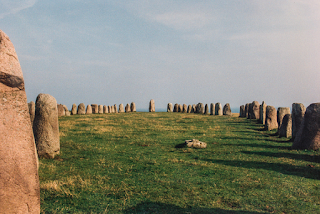 The Old Ones look on. The stones stand in their stead that they not be forgotten.

GGC - 50 - Maintaining a Happy Relationship While Living in a Van


Wisdom regarding relationship in general here.
Posted by Robert Shapiro at 5:52 PM No comments:

Recently while visiting Flagstaff, Arizona, some friends came across a phone booth outside of a popular local eatery. They briefly glanced at it as they went in for their meal. Afterwards as they came out again they looked at the phone booth a second time thinking that it was an odd spot for one.

After all it was literally right on the sidewalk and  a little in the way. Then they looked at the phone booth a little more carefully. 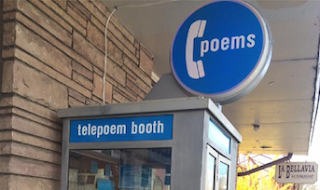 They realized that it didn’t say “phone” on the top. It said, “poems.”


They weren’t sure at first whether it was supposed to be an artistic display only or whether they could touch it. They felt they could touch it and went inside and found out that you could look in the “phone book” for an author of poetry and if you used the phone you could hear somebody reading a poem for you.

Is that not unique. I found that to be most enjoyable. When I first saw the photo of the “poem booth” that my friend posted on line I thought perhaps you had to say a poem to be able to use the phone - perhaps recalling one from your favorite poet or making one up.

I thought, what would I do in a situation like that and that’s when I made up this poem that I thought I’d share with you today. Picture if you would what I saw in my minds eye - someone walking along slowly wearing dark glasses and perhaps feeling a little pensive:

While walking along an ancient trail
I noticed a passing spider.
She said open your eyes and remove your veil
And notice the beauty around you.

I hope you enjoyed that little musing today and I thank my friends for posting the photo of this marvelous artistic installation near Macy’s and La Bellavia restaurants in Flagstaff, Arizona.
Posted by Robert Shapiro at 4:34 PM 2 comments: Some Of My Blogs

Robert Shapiro
Robert is known as a Shaman, Mystical Man, Professional Trance Channel and Author for over 40 years. More than 40 of his books have been published so far and others may be coming soon. For videos see Robert's YouTube at https://www.youtube.com/BenevolentMagic or https://explorerrace.blogspot.com/ and for a list with descriptions of his books: https://www.lighttechnology.com/authors/shapiro-robert also https://www.amazon.com/Robert-Shapiro/e/B002BLSGSY